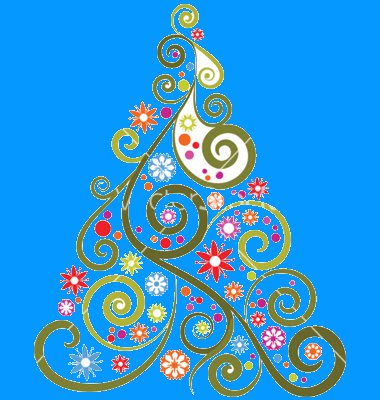 Christmas used to not be a bad word.  Schools could have Christmas parties.  Now these parties are called winter parties or holiday parties.  Why?  There cannot be Christmas parties because society has to be tolerant of all religions except Christianity.  Society caters to all religions except Christianity.  People do not want to be known as intolerant or prejudice.  The two top religions of the world are Christianity and Islam.  There is nothing wrong with either religion.  To each their own and all that.

I just do not understand how we can slight anyone to cater to someone.  We are in America and Christianity is the top religion.  Islam is concentrated in the Middle East and now a growing number in Africa.  Muslims have migrated to America to live too.  My point is that we are in America (The United States).  If we were in the Middle East, we would be expected to respect their society and follow.  So why don’t migrants to America follow that rule?  Americans give up their own ways to cater to groups on American soil.  This is not right!

Muslims do not tolerate Christianity.  Muslims want everyone to convert or die.  Terrorism proves this.  Now there are some Muslims that do tolerate, but not many.  There is that problem in everyone.  Americans tend to go to the extreme when it comes to tolerance or prejudice.  This is one reason schools cannot use the word Christmas for their parties.

Schools started calling Christmas parties holiday or winter parties around 1995.  This is when Muslims really started migrating to America.  Many knew how to work the system and cry discrimination.  Muslims used this knowledge to their advantage and this started the change in our society.  When the first person cried discrimination they should have been told, “Welcome to America.  We celebrate Christmas here.  You have the right to keep your child home the day of the Christmas party.”  Period!  But no, we caved and apologized for being insensitive.

Americans who work in the Middle East must follow and respect the region they work in.  They cannot hang anything Christmas related outside their house at all.  They live in compounds to separate them from the Muslim people.  During prayer time, they cannot do anything.  There are English schools for English speaking people who work in the Middle East.  The schools still follow Muslim practices to a point.

People who work in the Middle East do not get to cry discrimination.  They are told, “You chose to be here and you must follow and respect our ways.”  Period!  Surprise, the people who choose to work there survive.  People live there by choice just like the Muslims who come to America are here by choice.

What do we do?  We take back America.  Society needs to stand up and demand we start calling holiday or winter parties by the proper name, Christmas parties!  Muslims, you are in America and here by choice; nobody forced you here.  You have to start showing respect and stop demanding America change for you.  Americans, stop being so sensitive and just be nice.  We can do that without going overboard!