This post was originally published on April 5, 2020
The latest update to this post was made 3 years ago. 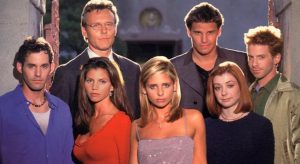 People can relate to one or more of the characters and this keeps the show relevant. The story line is not generational so topics will not be obsolete and humorous to new generations. For example, when younger generations watch a show like The Brady Bunch, they may laugh as why Jan is so upset at being Marcia’s younger sister.

Buffy is the main character throughout the series, but there are other characters, Willow, Xander, Giles, Spike, Angel, Cordelia, Dawn and Tara and they are equally as important. Relationships form between characters and change through the series. When Angel split off from Buffy the Vampire Slayer to form the series, Angel, many of the characters made appearances on both shows. 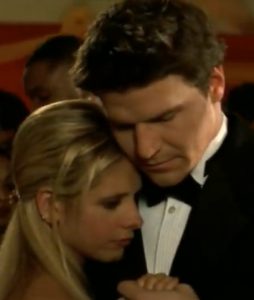 The relationship between Buffy and Angel is complicated and sad. Angel is a vampire and was cursed by gypsies after killing one of their favorite girls. He cannot experience true happiness without losing his soul. Angel likes having a soul and likes helping others because he is trying to repent his sins as a vampire. Buffy is a vampire slayer and spends her time killing vampires with Angel’s help.

Buffy and Angel develop feelings and finally consummate their relationship ending with Angel losing his soul. Buffy and her friends spend the next several episodes trying to get Angel’s soul back. Willow finally finds a way and Angel gets his soul back but in the end Buffy has to kill him to prevent the end of the world. Buffy is torn and depressed because she killed her love.

Later in the season, Angel comes back and Buffy hides him from the others. She still loves Angel and her friends cannot understand or support her decision. Everyone discovers that Angel is still alive and Buffy deals with the ramifications. Their love is a forbidden love and they continue to flirt, make out and act like boyfriend and girlfriend but it slowly ends with Angel leaving. 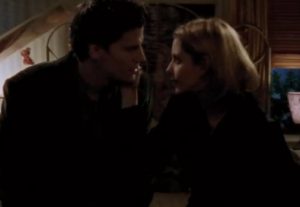 This leaves a distraught Buffy and she goes through other secondary relationships trying to fill the hole in her life from Angel. Viewers of all generations can connect with the Buffy Angel story line. This is one reason why it has stayed so popular for so long and with as many generations as it has.

Willow and Xander are best friends and were best friends before Buffy moved to Sunnydale. Buffy became part of the group easily. Xander had a crush on Buffy but knew nothing would happen between the two. Xander was often jealous of Angel but soon developed a crush on Willow. In the meantime, he started to date Cordelia and Willow started to see another young man, OZ, but also still had feelings for Xander. The writers treaded on the dark side of cheating when they had Xander and Willow make out behind their respective boyfriends and girlfriends. 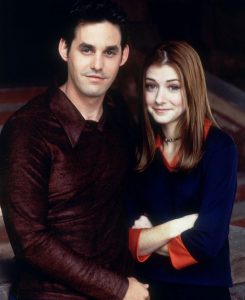 Willow and Xander are kidnapped by vampire Spike and the others start to search for them. Cordelia and Oz are out driving around looking for Willow and Xander. Oz, who is a werewolf, smells Willow when they stop the van. They get out and find them just as Xander is kissing Willow. This is how they find out about the cheating. Both relationships break up, but Xander and Willow do not end up together. They realize they are better friends and try to make it up to their former partners. 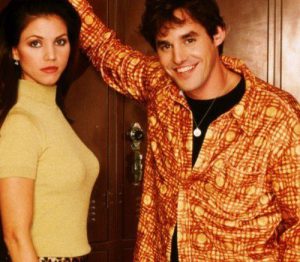 Cordelia breaks it off permanently with Xander leaving him alone. Xander tries with others and ends up with a demon turned human, Anya, by a wish Cordelia made. Xander and Anya’s relationship is a rebound classic and gets more complicated. The relationship develops more in the later seasons. Xander and Anya get engaged then Xander leaves her on their wedding day. They work through several relationship pitfalls and become friends.

Cordelia moves and becomes part of the show Angel. She and Angel foster a close friendship through the series. There are often times that viewers think there is more to the relationship and each is holding back not letting it progress. Angel seems to still love Buffy but has a place for Cordelia in his heart too. Cordelia acts like she is in love with Angel as well. Nothing happens between the two but a close loving relationship with no sex. 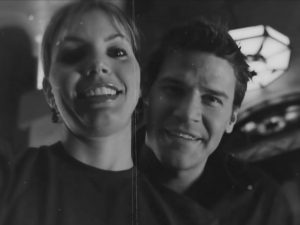 Willow and Oz end up breaking up when Willow finds love in Tara. Willow realizes she is gay and has been lying to herself all her life. The writers do not spend much time on the angst of this realization but more time on the relationship between Willow and Tara. Their acceptance of each other and dealing with their peers is spot on for all generations. Willow and Xander stay best friends and all accept Tara as Willow’s girlfriend. Willow is devastated when Tara is killed and Xander helps her through the pain. 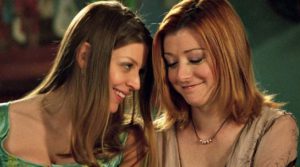 Buffy still loves Angel, but knows it cannot and will not go anywhere. Buffy later has a serious relationship with Riley, but that ends. She then starts up a relationship with the vampire Spike and this continues for a few seasons. He is the only one who understands her and she finds herself confiding in him when she cannot confide in her friends. 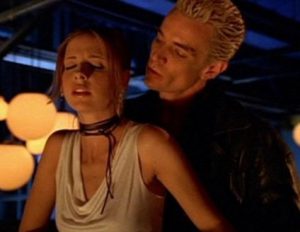 Their friendship is toxic and rocky, but also passionate. Spike will do anything for Buffy and she knows this often taking advantage of the situation. Spike just wants Buffy. He is often denied and pushed away then lured back in by Buffy. Buffy tries to be honest with him, but she hides their relationship from everyone. 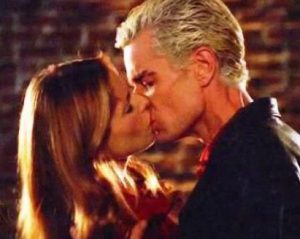 When everyone finds out about Spike and Buffy they all let their disapproval be known. Buffy listens to her friends and not her heart. It isn’t until in the final season that she shows her feelings for Spike. Spike ventures out and gets his soul back for himself and Buffy. He thinks that Buffy will love him if he has his soul back. Getting his soul back makes him go through reliving all his sins. Buffy helps him through his pain. Is seems like Buffy’s love for Spike is greater than her love for Angel.

These relationships are often debated among fans of all ages. There are even many fanfic stories about each relationship. The actors that played each character played them for so long that people do not see them as anything else. After Buffy the Vampire Slayer ended, many of the actors went on to do other acting jobs, but none as successful as Buffy the Vampire Slayer.  Joss Whedon, the creator of Buffy is a talented individual who also created other great series such as Firefly. If there is a remake of Buffy I do hope that Joss is involved in some way.