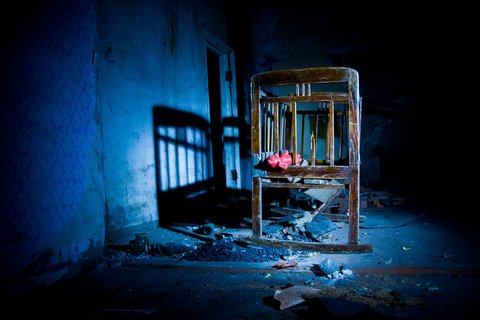 Nyack, New York is home to a quiet community but not far from Terrytown where all the stories of the legendary Sleepy Hollow come from. Since the 1960’s the townsfolk of Nyack and surrounding communities knew of the haunted house on 1 Laveta Place. 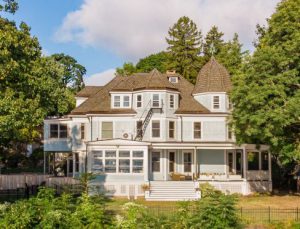 Helen Ackley and her family fell in love with the 4,600 square foot 19th century manor and made it their home in 1960. Hensley Manor was built in 1890 and was abandoned in 1920 so it was in need of repair. Helen and her family made repairs and started noticing small occurrences such as shaking beds, footsteps and doors opening and shutting.

The poltergeist activity was not violent and the ghosts became part of the family. Helen claimed there were three different spirits living with them in the house. One spirit watched her paint one day and Helen asked him if he approved. The spirit nodded his head and smiled. All four of the Ackley children had experiences as well. One spirit would shake their beds every morning as if to assist Helen in getting them ready for school. During their spring break one of the kids loudly let the spirit know they could sleep in for the week. The next morning no beds were shook and the children were allowed to sleep in. 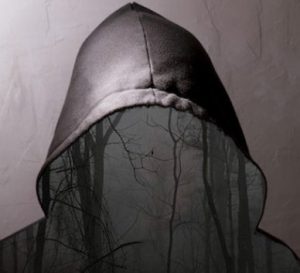 At that time, it was not the law to disclose such things and Helen did not think anything about the hauntings. The court case dragged on and in 1991 the New York Supreme Court ruled the home legally haunted and that Helen should have disclosed this to the buyers. This has been known as the Ghostbusters ruling. Now realtors must disclose hauntings, murders or suicide that take place in homes they are selling.

Helen wasn’t trying to hide anything. In 1977 she wrote an article for Reader’s Digest called “Our Haunted House on the Hudson”. They were contacted by paranormal researcher Bill Merrill and medium Glenn Johnson who claimed to have made contact with 2 of the spirits that inhabited their home and they wanted to speak to Ackley.

Bill and Glenn let the family know that two spirits, Sir George and Lady Margaret lived in the region during the 19thCentury. They were the two most active spirits at the home. Bill said that the spirits liked the Ackley family. Bill wrote a book about the experiences of the Ackley family. Helen was so upset by the court ruling that she threatened they would move and take the spirits with them. Of course, when the family left the spirits did not follow.

The home stayed on the market, but was soon bought by actor, director and screenwriter; Adam Brooks. During his ownership of the house he claimed no activity. He sold the house again in 2012 to singer rapper Matisyahu who also reported no sightings. 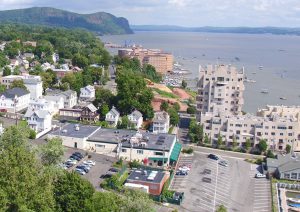 Paranormal researcher Bill Merrill and medium Glenn Johnson later claimed that the spirits again contacted them and stated they did not like any of the new owners of the manor and were considering moving on. The spirits did not seem to be evil and are just looking for a place to call eternal home.

The home is once again up for sale for a listing price of $1,900,000. https://www.realtor.com/realestateandhomes-detail/1-Laveta-Pl_Nyack_NY_10960_M38741-85311?view=qv There are only three listed owners of the manor: Adam Brooks, Ingrid Michaelson and Matisyahu. There is no mention of Helen Ackley or of the house being haunted.

The law is still in effect, so it is my guess that they only disclose this information when someone is really interested in purchase of the home. The sadness is that the longer the home sits empty, the more repair it needs. Hopefully someone will buy the home and make the spirits happy.

Here are a few other haunted places in New York:

How To Talk To A Ghost

Estimated Reading Time: 3 Minutes 5 / 5 ( 1 vote ) How To Talk To A Ghost History is fascinating.  If one really would let go of all per-conceived ideas and is ready to take in what is around [Read More…]

Estimated Reading Time: 4 Minutes How To Throw A Great Halloween Party! Halloween parties can be the same from house to house.  Dress up, have candy, decorations and maybe some scary themed food; it is the same all over.  Throwing [Read More…]