This post was originally published on January 14, 2020
The latest update to this post was made 3 years ago. 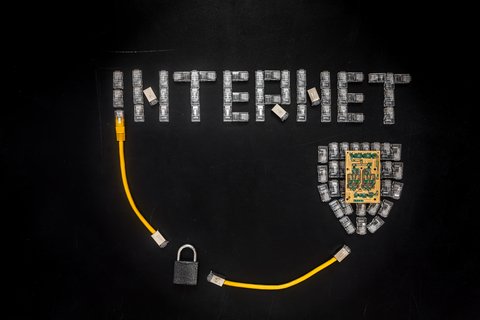 On January 14, 2020, Microsoft released software fixes to address 49 vulnerabilities as part of their monthly Patch Tuesday announcement. Among the vulnerabilities patched were critical weaknesses in Windows CryptoAPI and Windows Remote Desktop Protocol (RDP) server and client. An attacker could remotely exploit these vulnerabilities to decrypt, modify, or inject data on user connections:

It is strongly recommended that both organizations and end users install these critical patches as soon as possible.  Organizations can deploy these updates via WSUS, SCCM or other patch management system.  End users should use:

A spoofing vulnerability exists in the way Windows CryptoAPI (Crypt32.dll) validates ECC certificates.  According to Microsoft, “an attacker could exploit the vulnerability by using a spoofed code-signing certificate to sign a malicious executable, making it appear the file was from a trusted, legitimate source. The user would have no way of knowing the file was malicious, because the digital signature would appear to be from a trusted provider.” Additionally, “a successful exploit could also allow the attacker to conduct man-in-the-middle attacks and decrypt confidential information on user connections to the affected software.”

A cyber attacker could exploit CVE-2020-0601 to obtain sensitive information, such as financial information, or run malware on a targeted system; for example:

According to Microsoft, “A remote code execution vulnerability exists in in Windows Remote Desktop Gateway (RD Gateway) when an unauthenticated attacker connects to the target system using RDP and sends specially crafted requests. This vulnerability is pre-authentication and requires no user interaction.”

According to Microsoft, “A remote code execution vulnerability exists in the Windows Remote Desktop Client when a user connects to a malicious server. An attacker who successfully exploited this vulnerability could execute arbitrary code on the computer of the connecting client.”

CVE-2020-0611 requires the user to connect to a malicious server via social engineering, DNS poisoning, a man-in the-middle attack, or by the attacker compromising a legitimate server.
The Microsoft Security Advisory for CVE-2020-0611 addresses this vulnerability.

A successful network intrusion can have severe impacts, particularly if the compromise becomes public and sensitive information is exposed. Possible impacts include:

Estimated Reading Time: 2 Minutes This post was originally published on November 20, 2016The latest update to this post was made 5 years ago. File Uploads Stop Around 25-30mb In IIS7/7.5/8/8.5 ISSUE You are running a website using Windows IIS [Read More…]

Estimated Reading Time: 2 Minutes This post was originally published on May 24, 2018The latest update to this post was made 4 years ago. Remote Desktop Connection Fails With CredSSP Encryption Error Updated: 06-25-2018 to include Windows 7 information. After [Read More…]

Estimated Reading Time: 4 Minutes This post was originally published on January 3, 2017The latest update to this post was made 4 years ago. Windows 10 Version Numbers   Updated Builds Added : October 2018 There are a few ways [Read More…]