This post was originally published on October 28, 2019
The latest update to this post was made 3 years ago. 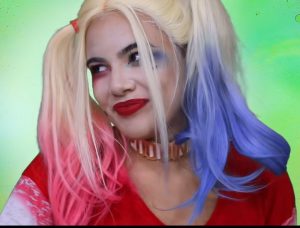 Sexy cop, sexy nurse and even sexy Harley Quinn costumes have been worn by many for Halloween. Sexy costumes are not new, but should be age appropriate. Many teenagers do not really understand what sexy costumes mean and innocently purchase them because their boyfriends will like it. Unfortunately, many revealing costumes can be bought in toddler sizes too. Parents need to be aware when selecting costumes for their children. Teenagers will often just go buy their own costume without parent’s knowledge so parents need to be aware of what their wonderfully curious teenagers are doing.

Let’s take Harley Quinn costume for example. The popular DC Comic character has been in movies and comics to the delight of many. Her wild romantic nature hints at innocence mixed with danger. Actress Margot Robbie made this character come to life! The costumes sales boomed after the Suicide Squad premiered in 2016 and have been a staple on Halloween shelves ever since. The costume can be purchased in all sizes from 6 months to adult plus size.

A sexy costume may be fine for an adult, but is not intended for anyone under the age of 18. There are too many crazy people out there and we need to protect our children who are too naive to do it themselves. When choosing a costume for someone under the age of 18, look at creative ideas. Make family themed costumes. Get the child involved in making the costume. Going as a rain cloud, gumball machine, witch, zombie or vampire are all creative ways for children to express their creativity.

No time to make a costume? Then purchasing one is the way to go. There are many age appropriate costumes for anyone under the age of 18. Ghostbusters, witch, zombie, Disney characters or superhero are just a few in the collection of thousands of costumes to choose from. The main point is to remember you are the parent and you decide what a child under 18 will wear.

Estimated Reading Time: 3 Minutes This post was originally published on April 20, 2021The latest update to this post was made 6 days ago. Starting Resin Art Resin art has become very popular in the past year.  It has been [Read More…]

Estimated Reading Time: 4 Minutes This post was originally published on February 19, 2019The latest update to this post was made 4 years ago. My Attempt At Making An Etsy Store Do It Yourself (DIY), is more popular today than [Read More…]