This post was originally published on November 26, 2016
The latest update to this post was made 5 years ago. 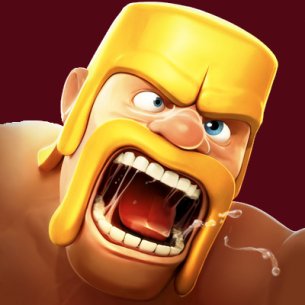 Clash Of Clans – A Game To Relax To?

Clash of Clans is an online game that is available in app form that launched in 2012.  It is a strategy war game.  Players can play in a clan or single.  Clash of Clans remains one of the most popular games still in 2016.

Players who join a clan are able to join a clan with players from around the world.  Some clans are region specific.  I have been a member of both types of clans.  My first clan was around for 2 years.  It was regions specific.  That made planning wars and donating troops much easier.  Then the clan leader decided to leave and turned leadership over to a twelve-year-old.  Yes, you read that right.  Needless to say that after a few weeks, the clan was run over by kids.  There were several adults I the group and we said bye to the kiddie clan.

We made our own clan and it is a world membership clan.  It can be difficult at times when making war plans and donations, but we have made it work for the past two years.  There are 15 of us that have been loyal to the clan.  We fluctuate between 30 and 50 members.  I enjoy the game and like to play.  Clash of Clans is a great stress reliever.  Nobody in the clan yells or gets angry at bad war attacks or when we lose a war.

New Members
We often get new members that will trash talk other member’s attacks or be very uptight about wars.  They are quickly freed from our clan.  In other words, we kick them out.  We do not tolerate kids in the clan being silly.  Our clan had one kid that joined and I knew he was young from the way he typed. He didn’t last long.  He was too silly and often mouthy.

He would insult other players then put a “lol” after each sentence.  We did not lol.  Someone asked him how old he was and he said ten.  Yes, it was a quick good-bye. Since then, we always advertise that we are an adult clan.  Our clan does still get kids in, but they do not last long.  That is the great thing about this game.  Everyone can play somewhere.

Estimated Reading Time: 4 Minutes This post was originally published on February 19, 2019The latest update to this post was made 4 years ago. My Attempt At Making An Etsy Store Do It Yourself (DIY), is more popular today than [Read More…]