This post was originally published on February 6, 2017
The latest update to this post was made 5 years ago. 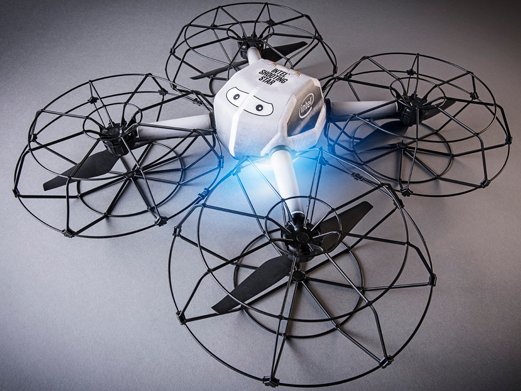 Superbowl 51 – Lighting Up The Night Sky

When Lady Gaga performed at Super Bowl 51 (2017) in Houston, TX – did you notice, in the dark night sky, the lights moving around, ultimately forming the stars and stripes of the American flag?  We sure did and decided to take a deeper dive into what it was and how it was done!  Turns out those lights were not super-imposed, clever camera work, lasers or fireworks, but were actually drones.  These drones, by Intel, also called ‘Intel Shooting Star Drones‘ are lightweight, GPS guided drones that are capable of producing billions of color combinations.  In Superbowl 51, there were 300 drones used to create the effect before Lady Gaga “Jumped” into the stadium to start her performance.

The drones are all computer controlled, quad blade, lightweight units.  A two person unit is capable of running the entire drone show in most cases.  Computers track the drones location and battery levels.  In the event a drone were to fail, another can replace it within seconds.  Intel explains in the video below how it’s done!

Obviously not their first time doing this type of display, Intel also showed off this technology at Disney’s “Starbright Holidays” display in November 2016. Very cool stuff!

Estimated Reading Time: 11 Minutes Android Operating System History And Names The Android operating system has been around since 2008 and over the years it has seen many major updates, each one with its own unique name. Android’s official naming [Read More…]

Use This Neat Trick To Childproof Your iPhone

Estimated Reading Time: 2 Minutes This post was originally published on August 4, 2017The latest update to this post was made 4 years ago. Use This Neat Trick To Childproof Your iPhone Nearly every parent has downloaded a kid friendly [Read More…]