This post was originally published on January 1, 2017
The latest update to this post was made 4 years ago. 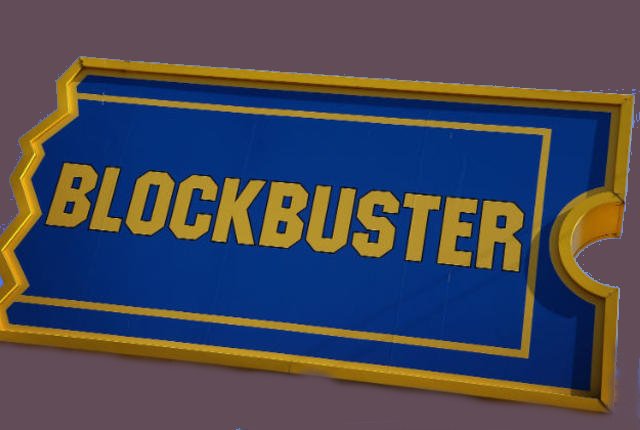 What Happened To Blockbuster?

Blockbuster Video stores once occupied the corners of almost every strip mall in every city, USA.  The doors first opened in 1985 in Texas.  Movie rental was in infancy and families were flocking to the stores every day.  Movies could be rented for one to three days and people loved the idea!

Late Fees were common for customers that returned a movie even one day late.  Blockbuster made $800 million in late fees!  I have stood behind people who got furious over late fee charges, as if they didn’t know.  Blockbuster had the late fee policy posted all over the store and people were also reminded at checkout.  Unfortunately, it was the late fees that put the video rental company out of business.

Reed Hastings, upset having to pay $40 in late fees, founded Netflix in 1997.  Netflix has no late fees.  Movies are rented one, two or more at a time based on the subscription package you are on.

Nail In The Coffin – Paying late fees is one thing that put Blockbuster out of business.  People did not like paying the fees and Netflix delivered the movies to your house.  No longer did you have to drive and get your movies.  Competing with streaming video was the nail in the coffin for Blockbuster.

By 2011 many stores were going out of business.  Redbox, Netflix, YouTube and other online streaming services forced Blockbuster into bankruptcy.  Dish Network bought the video company and tried to offer a streaming Blockbuster on their network.  Today, it is no more.

Missing Blockbuster – I do hear people often say they miss Blockbuster.  There was something about walking down the isles of movie boxes or rummaging through the movies for sale bin.  I, for one, do miss Blockbuster!  Blockbuster currently has some independently owned stores that remain open [Official List Here].  You are lucky if one is still in your area!

Streaming is easy and quick.  Redbox, Netflix and other streaming video are clicks away for a movie, although one thing each is missing is that employee smile.  We also find that streaming videos are either often not available or are online and removed in cycles.  This can be annoying especially when you’re looking for that one movie you really want to see and it’s not online…   You have to find a local video rental kiosk or waiting for the Netflix DVD to arrive.

How Can I Play DVDs In Windows 10 For Free?

Estimated Reading Time: 4 Minutes This post was originally published on December 15, 2016The latest update to this post was made 5 years ago. How Can I Play DVDs In Windows 10 For Free? Microsoft Windows has never really been [Read More…]

Biggest Bloopers And Mistakes That Made It On Screen

Estimated Reading Time: 2 Minutes This post was originally published on December 4, 2016The latest update to this post was made 5 years ago. Biggest Bloopers And Mistakes That Made It On Screen There are a lot of things going [Read More…]