This post was originally published on December 15, 2016
The latest update to this post was made 5 years ago. 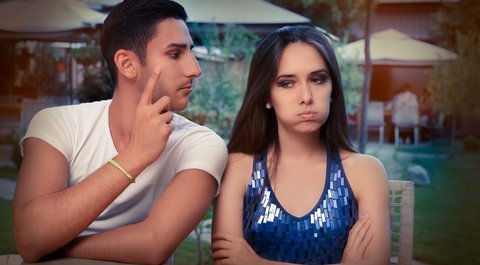 7 Things You Should Never Say To A Woman

Living in the single zone can have an advantage or two.  Yet most persons, like me, will never know what they are; because I am too busy watching dating sites drain my bank account!  So, having some knowledge may be advisable to the “singles” at large.  Although, we live in a communication rich environment, it still seems that finding your soulmate is somewhat elusive…

Video : The Seven Things You Should Never Say To Women

It may be true, that you do not get a second chance to make a first impression…   So, you may want to get a grasp on how to start a conversation.  The best advice may be on what not to say, as opposed to what pickup line works best.  There is a lot of information on the web that talks about your: composure, clothing, style and that ever important opening statement.  Things should be natural and organic starting with how close to stand to your counterpart in conversation.  In other words give the girl some s p a c e.  In the video below, it is shown how to phrase the question, instead of making a statement.

Video : Never Say This To A Girl

The dating world has become a sensation in cyberspace.  Once upon a time print (think newspaper) hosted a personals section.  Inside this section were eager participants scribing away at their dating desires.  There were no photos, the geographic area was mirrored to the subscription of the LOCAL newspaper.  The modern equivalent to the printed kingdom is commonly referred to as a dating site.  There is a dating website for everyone…

Now we have photographs and the power of Photoshop.  We have in-depth descriptions and we also have a brand-new category called fake news.  It’s up to you if you can see a correlation between the two.  After 25 years of being in the restaurant and bar industry, seeing hundreds of thousands of people, you get a natural instinct to pick up on the smallest traits, warning signs, that say she’s not that in to you.

Things do not always work out.  If you could read a book on relationships that explained everything, no one would ever get divorced.  Just like driving a car, you can’t learn how to do that on the web.  Yet, I’ve heard 1001 stories from the guy or girl that says that they are the loner.  That is probably true for about 1% of said population in the dating jungle.  In reality people do not want to be alone, there is no great achievement to being sole ruler of the remote.  Still, it’s a jungle out there.  So, to the Jane’s and Tarzan’s that swing into the danger zone, be safe and remember there may be an app for that.

Watch For These 7 Pitfalls On A First Date

Estimated Reading Time: 5 Minutes This post was originally published on July 23, 2017The latest update to this post was made 4 years ago. Watch For These 7 Pitfalls On A First Date Dating has evolved to more elaborate destinations [Read More…]

Relationships And The Dreaded ‘I Need Some Space’ Line…

Estimated Reading Time: 5 Minutes This post was originally published on November 4, 2016The latest update to this post was made 5 years ago. Relationships And The Dreaded ‘I Need Some Space’ Line… You are on page 1/2. When a [Read More…]

Estimated Reading Time: 2 Minutes This post was originally published on July 30, 2017The latest update to this post was made 4 years ago. Guys, Make Girls Want You – TOP 10 Things You may want to stand out to [Read More…]