This post was originally published on November 25, 2016
The latest update to this post was made 5 years ago. 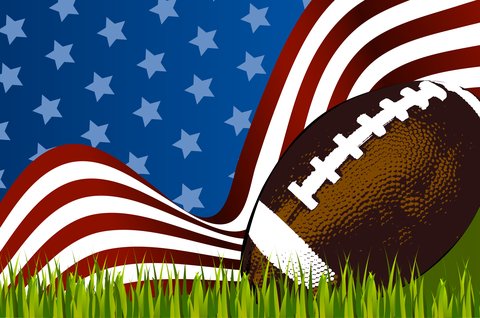 There was no love.  None.  Call, Waste Management to take out the “TRASH-TALK” that was after the game.  Here is a review about the Thanksgiving game.  Yes, we know that Dallas won the game, but this was game bigger than just one game.  This was to set the tone for who is going to be the boss of East.  Bigger than the national audience, the reason is obvious because the team that wins could be considered in the top TWO of the NFL.  The masters of the NFL universe are well known.  Yet, there is a great debate about new super backs entering in the coveted circle of house hold name.  We start with who is better…  Kirk Cousins or Dak Prescott.  Steven A. and Max Miller Break it Down Below.  ** This is before the game  **.

During the game there was a dump truck of expletives/trash and face mask to face mask talk between Dez Bryant and Josh Norman.  Some say, for this five NFL seconds, that the Dallas Cowboys are the best team in Football.  Troy Aikman said on National TV: There is nothing complicated about the Cowboy’s offense.  They just line up and impose their will against you”.  Much to do about something is the Dallas Cowboys offensive line:  Every sports caster/sports talk show host reminds the listening audience that the cowboys have the best line in football.   There is a ton of talk about the team and their “O” line.  But, I will remind cyber land that the Cowboys are 10 – 1 and have reeled off 10 in a row.   Let’s talk records and states for a minute…

Dak Prescott – A record that has been standing for 50 years is parked on quick sand.  Prescott has tied Don Meredith’s 50-year-old-Club-record  for rushing touch downs. Tied at 5 each with five games to go.  Like I said quicksand.  The undisputed leader of the NFL rushing is Elliott of Dallas with 97 Yards yesterday giving him a total of 1,199 yards for the year.  (Below is Stephen A. says the Cowboys ain’t gonna be in no super bowl).

Yet we must say that Drama Cowboys (if you listen to Steven A.).  However, the coach is a little different in his demeanor and  opinion of the play of his team.  Here is the micro version:  He (Dak Prescott) is willing with big play over and over in the red zone.

Washington
The Washington Redskins are a very fine football team.  Period.  Kirk Cousins, had his second 400 yard game in as many weeks.  He played with great poise, completing 41 of 53 Passes.  Only 8 yards shy of a of his best game ever.   Yet, the headlines are Dallas…  All about Dallas as we head into the last of the 2016-2017 season.  I could go on with more stats, yet the talk is starting to gear up..  Whispers starting around AT&T Stadium?  Super Bowl??  Let’s see what happens!

Estimated Reading Time: 5 Minutes This post was originally published on November 21, 2016The latest update to this post was made 2 months ago. Top 10 Thanksgiving Related Cartoons & Movies To See! You are on page 1/2. With Thanksgiving [Read More…]

Dallas-Fort Worth Says Goodbye To KDGE “The Edge”

Estimated Reading Time: 3 Minutes This post was originally published on November 17, 2016The latest update to this post was made 5 years ago. Dallas-Fort Worth Says Goodbye To KDGE “The Edge” After 27 years of being Dallas/Fort Worth’s Alternative [Read More…]

Estimated Reading Time: 4 Minutes This post was originally published on January 17, 2018The latest update to this post was made 4 years ago. Texas Winter Storm Warning! Temperatures will drop below 50 and will be accompanied by rain but [Read More…]