This post was originally published on July 16, 2017
The latest update to this post was made 4 years ago. 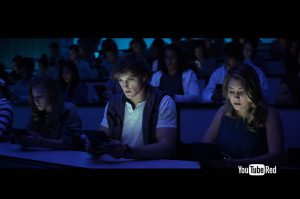 The Thinning depicts all these in their hour on the screen.  The characters are realistic and the viewer feels for them.  In the future, population control is determined by a test all children must take.  The test is administered every few years starting in kindergarten.  If a student does not pass, they are not worthy of living.  Only the smartest people who can contribute are allowed to live.  Peyton List plays Laina Michaels who is caring for her two younger siblings and trying to pass the tests.  Logan Paul plays Blake Redding, a rich kid of a popular politician.

Spoiler Alert!  Blake loses someone important to him and starts to fight the system.  Laina is caught up in a failure of the testing system and must fight to stay alive.  Blake soon becomes her ally and together they try to uncover the truth.  Action fills the screen and keeps the viewer thinking. 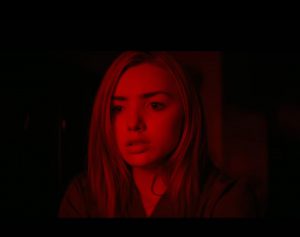 The close resemblance to how students of today feel about testing can be felt on the screen.  Writers Michael Gallagher and Steve Greene must have dealt with the testing system.  The pressure placed on students about passing the test is horrible.  Teachers must teach students how to pass the test and not teach.  Viewers understand this by the first few minutes of the movie.  It is all about passing the test.  The message of the movie makes clear that the teachers only teach to passing the test. The movie makes it difficult to tell what is real and made up.

Everyone making decisions in testing for students should watch this movie.  It may make them more sympathetic to our students and their needs.  Standardized testing should be abolished but it still looms in our schools.

Estimated Reading Time: 2 Minutes This post was originally published on November 20, 2016The latest update to this post was made 5 years ago. Movie Review – Bad Moms (2016) Bad Moms is a movie about an overworked mom who [Read More…]

Estimated Reading Time: 2 Minutes This post was originally published on March 26, 2017The latest update to this post was made 4 years ago. Movie Review – Life The movie Life has made its way to theaters near you.  Ryan [Read More…]