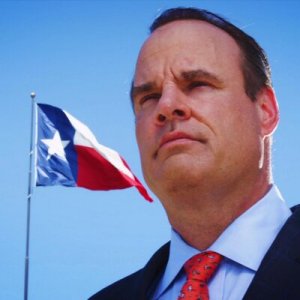 Since the publishing of this article a few more details have been released in regards to Brian Loncar’s death. According to local news sources Loncar was discovered unresponsive by Dallas Police in the front seat of his Rolls Royce which was parked in the parking lot of his law office in Dallas, Texas. He was transported to Baylor Medical Center where he was pronounced dead.

While his cause of death is still under investigation, a close friend of the family, Mike McCurley, said at Loncar’s funeral, “Brian Loncar died Sunday because of a broken heart because of Grace.”. According to his wife Sue Loncar, Brian had been the one to discover the body of their 16 year old daughter, Grace. Perhaps the loss of their youngest child was just too much for his heart to bear. Stepson David Long reported to local news sources that a team at Baylor notified the family that Loncar’s cause of death was likely due to a heart attack. According to Dallas police a routine toxicology test will be completed by the Dallas County medical examiner, though the results will not be released for several weeks.

More details will be released as they develop.

Dallas, TX: Well known Dallas based Attorney Brian Loncar was found deceased Sunday 12/4/2016, just 9 days after the tragic suicide of his 16 year old daughter, whom had reportedly suffered from depression since the age of 11.  Loncar was most well known for his appearance in several TV commercials for his law firm, in which he refers to himself as “The Strong Arm”.

Loncar is survived by his wife, 2 sons, and 3 daughters.  In a statement released to the media by his family asked for “the community and the news media to respect our privacy in this most difficult time”.

One can easily understand why the Loncar family would request privacy during such a difficult time with 2 tragic losses within a little over a weeks time.  The circumstances surrounding Loncar’s death are have not yet been released to the media, and will likely not be for days or weeks to come.

This story will be updated as it develops.  For now, our thoughts are with the Loncar family as they navigate through this tragedy.

Estimated Reading Time: 2 Minutes This post was originally published on December 27, 2016The latest update to this post was made 4 years ago. Princess Leia – Carrie Fisher Passes Away Carrie Fisher is now one with the Force.  Carrie [Read More…]

Estimated Reading Time: < 1 Minutes This post was originally published on November 28, 2016The latest update to this post was made 5 years ago. ALERT – Ohio State Active Shooter [11/28/2016 -> This Event Has Passed] Ohio State – An [Read More…]