This post was originally published on November 21, 2016
The latest update to this post was made 5 years ago.

A New Season Of Walking Dead

The new season of The Walking Dead is only a few episodes in.  This season is going to be extremely different from previous seasons.  The seventh season will be a difficult watch, in my opinion.  The group has been fighting zombies for seven years now and are now fighting each other. 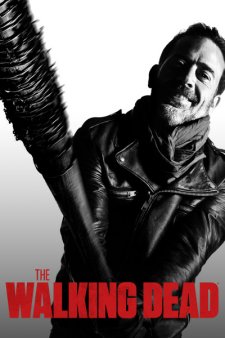 Negan is a controlling selfish jerk. He uses mind control to get what he wants.  He has used fear to control his own people and anyone he comes into contact with.  Many people watching cannot stand the way Daryl is being treated by Negan.  Daryl pretty much has turned into a slave for Negan.

If this were a real life situation, I see Negan having a short life.  There are too many around him that can easily kill him.  Many would be liberated and happy.  But, how many times have we seen people stay in abusive situations?

In the most recent episode, Rick and the community had to turn over all their guns and medicine.  This leaves them no real protection with zombies all around.  It was a tough episode to watch. Rick submitted to Negan in front of the community and he had many opportunities to fight back.  Michonne lost respect for her lover, Rick.

This season will be a tough watch.  It may even cost viewers to tire of the seven-year zombie fight.  I do know that if something happens to Daryl, it will definitely cost the program viewers. If you read the comics, you already know what will happen.  They seem to be following the comics closely with some minor differences.

Remember viewers, we are all in this together!

Estimated Reading Time: 3 Minutes This post was originally published on February 5, 2023The latest update to this post was made 19 hours ago. Dash Mini Waffle Maker Review The 4 inch dash mini waffle maker is here! Making it [Read More…]

How To Binge Watch The Fast And The Furious Movies

Estimated Reading Time: 2 Minutes This post was originally published on February 10, 2019The latest update to this post was made 1 year ago. How To Binge Watch The Fast And The Furious Movies Warning: this article contains some spoiler [Read More…]

Estimated Reading Time: 2 Minutes This post was originally published on November 10, 2016The latest update to this post was made 5 years ago. Movie Review – The Boy (2016) Summary: The Boy is a horror/mystery movie released in January [Read More…]