This post was originally published on November 8, 2016
The latest update to this post was made 5 years ago. 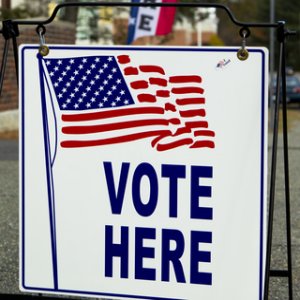 I feel that it is my patriotic duty to get out to the polls and vote.  You should too!  I decided that my schedule would work best with early voting and one of the locations happened to be close enough to where I work that I could go there on my lunch break.  I did just that.  As expected, the lines appeared pretty minimal and I found my place in line a couple people from the front.  The voting attendants were grouped together with a woman at the front going over her paperwork.  The line grew longer and a few minutes passed as I noticed that the booths that had voters were emptying and nobody was moving in to fill them.

That’s when I heard the woman say, “That’s not my signature.  That’s my address, but that signature isn’t mine.”  I was quite awestruck.  The elderly woman behind me said that she’d been standing there too long and I promptly found her a chair.  The line grew longer and the voting attendants seemed to be dumbstruck.  They asked her, “Is this your address?  Is this you?”  She answered yes to both, but re-affirmed, “That is not my signature.”  One of the older ladies turned to the now lengthy line of people and said something like, “People, you really need to make sure that your name is on the sticker you’re signing, or we run into big problems.”  I could hardly believe it.  The voting booth ladies pushed the problem aside at that point and started shuffling more of us through.  After signing my name next to the sticker with my correct information on it, I stepped into the booth and cast my vote, at least, I hope I did after what I just witnessed.

Estimated Reading Time: 2 Minutes This post was originally published on November 13, 2016The latest update to this post was made 5 years ago. Trump’s Next Move “Thirty Three Percent” –  Of the Clinton supporters will NOT support Trump, I [Read More…]

Does Your Vote Count? The Electoral College Explained

Estimated Reading Time: 2 Minutes This post was originally published on November 11, 2016The latest update to this post was made 5 years ago. Does Your Vote Count? The Electoral College Explained Does your vote count?  If a presidential nominee [Read More…]

Estimated Reading Time: < 1 Minutes This post was originally published on November 6, 2016The latest update to this post was made 5 years ago. Deplorables Check-In Station Definition: Deplorable (adj.) – describes something unfortunate or extremely bad… In September 2016, [Read More…]