This post was originally published on November 13, 2016
The latest update to this post was made 3 years ago. 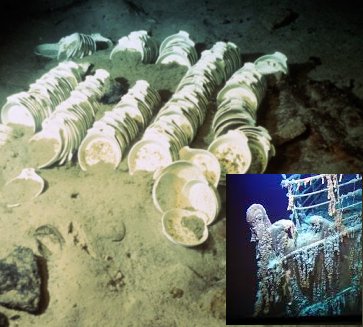 How To Talk To A Ghost

History is fascinating.  If one really would let go of all per-conceived ideas and is ready to take in what is around them; they can really talk to the ghosts of that time.  I had that very experience when I visited the Titanic exhibit.

The Titanic sank on April 15, 1912 in the icy waters of the Atlantic.  Of the 2,200 passengers, 1,500 souls were lost to the sea.  The 700 survivors lived the nightmare every day of their lives.  Even the youngest survivors who could not remember lived a nightmare.  Their ghosts visited them daily.

Robert Ballard set out in 1980 to find the Titanic.  He is an all-time explorer and seeks to find history. His time and patience paid off when he found the Titanic in September 1985.  Ballard is a huge historian for the preservation of the Titanic and understands it as a grave site.

When I visited the exhibit, I was given a passenger ticket.  It bore the name of a real second-class passenger that was aboard the Titanic; Mary Emma Corey.  The exhibit would end with finding out if your passenger survived or perished.  When one walked into the exhibit, the hands of time turned back.  It was as if I were on the boat itself! Most of the precious artifacts were behind glass.

The dishes from the kitchen floated gently to the sea floor and none broken.  Amazing.  The teacups and plates with the White Star logo were displayed along with pictures of them on the ship.  I really enjoyed the images that were alongside the retrieved artifacts. It was a somber experience.

Many of the people who touched the items or used the items were lost when the Titanic sank.  The shoes tore at my heart.  These people were tossed into freezing water searching for something to grab onto and there was nothing there.  Their fate was to freeze to death in the water.  If they had a life jacket, they would float and if no life jacket, they would sink to the bottom.

The exhibit had a second-class room recreated.  It looked so inviting and cozy.  Then I recall some people stayed in their rooms only to drown.  Then the room did not seem so inviting.  The clothes, eyeglasses and hats that were recovered made you wonder who wore them.

I learned more information from the exhibit and it made me want to learn even more.  There was a huge sidepiece of the ship hanging.  One could hear the calls for help echoing from the metal.  There was a large glacial piece of ice.  They had a write up on glaciers and how they could cause damage.  People could feel the ice.  It was so cold it hurt!

Walking down the ship corridor replica to the next exhibit was a little scary.  All I could think of was how the water filled something like this and it was surreal.  At the end of the exhibit there was wall with the list of victim names and survivors.  I took my ticket and searched for my ticket name.  Mary Emma Corey was on the victim list.  She was a second-class passenger.  I did tear up for her loss.  It did prompt me to try and find out more about her and I did.  There is a list of victims and survivors with as much completed history on them as possible.

If you ever get a chance to visit the Titanic exhibit, please do so.  It will change the way you think.  Who knows, you might be lucky enough to talk to a ghost.

Estimated Reading Time: 4 Minutes This post was originally published on March 7, 2020The latest update to this post was made 3 years ago. Haunting Of Hensley Manor Nyack, New York is home to a quiet community but not far [Read More…]