This post was originally published on September 4, 2017
The latest update to this post was made 4 years ago. 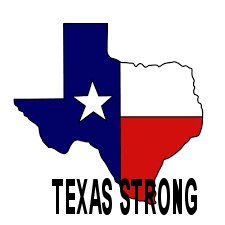 My Experience With Hurricane Harvey

=-= Warning: Some videos are graphic and contain strong language =-= 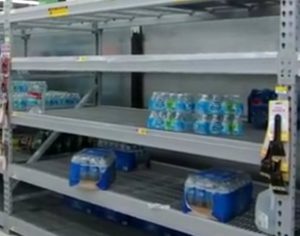 Preparations
August 23, 2017 preparation for Hurricane Harvey began in my household.  I knew the supplies to gather, I paid attention to all the hurricane preparation commercials and articles.  The hurricane was making landfall 200 miles away.  We were going to get the “dirty” side of the hurricane, which means lots of rain.  We were warned to prepare for rain and flooding.  OK, so now I need to get sandbags… 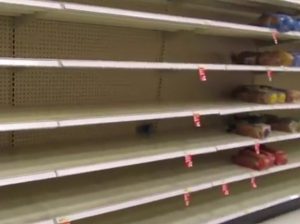 Stocking Up
The first place I went, and remember this is Wednesday 8/23/2017, no sandbags and no water.  Second place I went same thing.  Store owners were optimistic and said check back we will get a shipment in later.  I wasn’t too worried because landfall wasn’t predicted until Friday.  I went back to the stores and still no supplies.  I went ahead and picked up a few food supplies because I knew that Friday would not be an option to go out and get anything.

And So It Begins…
The rain started on Friday, August 25, 2017 and ended with a few sprinkles Tuesday, August 29, 2017.  It was more powerful than anyone expected.  Whose fault is that?  NOBODY IS AT FAULT!  I have seen more and more reporters trying to blame someone.  We were all informed.

The city kept people informed of voluntary evacuations and mandatory evacuations.  KHOU has been on the air constantly with updates.  The only time KHOU went off the air was when their studio was flooded on Sunday, August 27, 2017 and they were forced to relocate.  Once settled, they resumed coverage of keeping everyone informed.

KHOU – Television Station
As of August 31, 2017; KHOU (CBS affiliate) was still providing continuous coverage.  Covering the aftermath of the storm, evacuation orders, condition of roads, where to drop off needed supplies to shelters, where the shelters are, numbers to call and the list continues as to information provided.  I give great props to KHOU, great job!

Nights
The storm provided many sleepless nights for me.  I had to make my own “sandbags” out of rolled magazines, pool noodles and trash bags.  I placed them at my front door and back door.  I constantly swept water off my porches and kept the drains clear of leaves and muck.  The water in my area only got ankle deep, so I was lucky.

The power in my area was off and on.  The wind battered the trees around my house and broke off branches.  Neighbors around me checked on each other between rain bands to make sure nobody had water in their houses or any damage and everyone was OK on food supplies. Truly humanity at its best!

Estimated Reading Time: 2 Minutes This post was originally published on November 26, 2016The latest update to this post was made 5 years ago. Buc-ees – It’s A Texas Thing! Buc-ee’s is by far the best travel spot to gas [Read More…]

Estimated Reading Time: 4 Minutes This post was originally published on January 17, 2018The latest update to this post was made 4 years ago. Texas Winter Storm Warning! Temperatures will drop below 50 and will be accompanied by rain but [Read More…]