This post was originally published on December 6, 2016
The latest update to this post was made 5 years ago. 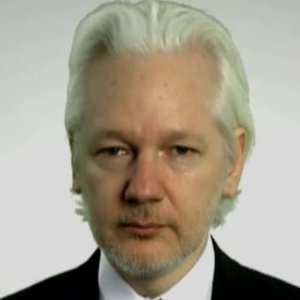 What really happened to Julian Assange?  When was he taken/was he taken?  This, if anything, is proof that in the age we live in nothing has changed.  Someone can disappear. (Or, at least not say ANY-thing for thirty days)   A lot of people have been lulled into a false sense of security because of technology.  OK – I must ask is there any proof that he (Julian Assange) is really missing?  Yet, some conspirators say that he has not been seen nor heard from.  I will say something about the missing part…  (Clearing Throat)  Ya know maybe, just maybe it is not a great idea to “TRY” and influence an election.  The evocation of the name Clinton may bring about an instant reaction to some here in the USA.  So, let me poise the question a few questions?

Say what you will but, a lot of people listen to Alex Jones.  Call it what you will but there could be some questions that are founded in some actual facts?  Facts are less than forthcoming.  Now, what is it that may sound the alarm?  Maybe because  Assange has not been seen.  For 30+ days?

Alex Jones: say’s we need to know and need to ASK!

Now, Alex Jones says they (Info Wars) were contacted by WikiLeaks.  What has happened in realty we just don’t know.  Yet,  30 days is a long time not to say hello from the leader of hacker kingdom?  YOU be the judge!  Below Anonymous say’s that Julian Assange has been…

I don’t know what is up AT ALL – but this does not seem to be over and will be in the top of the news for awhile.  Let me know what you think.  Missing?  Deceased?  What?  I will keep digging and will keep on posting until there is a final outcome.  Where is Julian?

Estimated Reading Time: 2 Minutes This post was originally published on November 5, 2016The latest update to this post was made 5 years ago. Area 51 True.  False.  Who knows what is what anymore?  Some know more than the “general [Read More…]