This post was originally published on November 10, 2016
The latest update to this post was made 5 years ago. 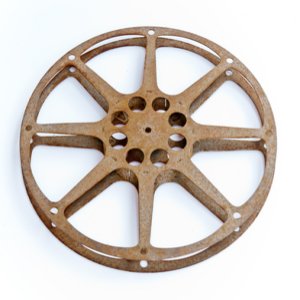 Plot: The Boy is a thriller where an American woman takes a job as a nanny in a remote English village.  When she arrives, she finds the family’s 8 year old son is actually a doll that the parents care for as if he were a real boy, as a way to cope with the loss of their real son who passed away 20 years prior.  Throughout the movie, the doll appears to take on a life of it’s own.

Our Review: The movie starts off a bit slow, which is somewhat expected as we try to learn the story.  Brahms, the child/doll is treated like a real human, in an awkwardly strange way you truly believe the parents think the doll is really their son.  The movie overall is fairly free of gore and is a clever concept.  It reminds me of the Chucky (Child’s Play) movie series although not near as violent.  Although nothing really superb jumps out about this movie, there were a couple of “jump” moments which were welcomed in an otherwise calmer horror movie.  We were mildly disappointed in the ending, which, in my head, still doesn’t make a whole lot of sense, but the first hour was certainly worth a watch.

Final Thoughts: There is something rustic, charming and super creepy about being in an old English mansion with a creepy looking doll, by yourself during a thunderstorm!  This movie, however, did have much more potential than it showed.  I think there could have been many modifications which would have really made it shine, props for the creepiness of the doll and props to Lauren Cohan (you’re awesome!) but overall, we rate this movie a 4/10 stars.  See the preview below and let us know your thoughts on “The Boy”!

Estimated Reading Time: 3 Minutes This post was originally published on May 4, 2020The latest update to this post was made 3 years ago. Review: Netflix Kim’s Convenience Stuck at home and running out of programs to watch, then it [Read More…]

Is Die Hard A Christmas Movie?

Estimated Reading Time: 2 Minutes This post was originally published on December 27, 2022The latest update to this post was made 1 month ago. Is Die Hard A Christmas Movie? Welcome to the party pals! Let’s just dive right into [Read More…]