This post was originally published on December 13, 2016
The latest update to this post was made 5 years ago. 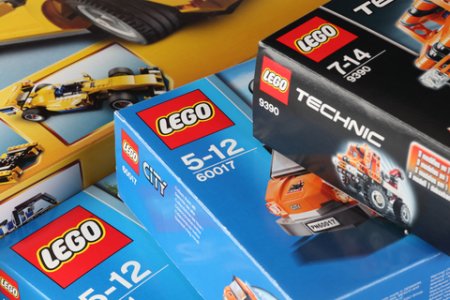 I volunteered to help out at a robot competition in Dallas.  My first and last time to help out at a competition!  Behavior by some teams was shocking!  Other teams were so cute and worked so hard.  Lego is a great program and I hope it continues, however, Lego league robotics can continue without me!

Judging a group of kids is difficult enough.  They all need to be encouraged.  The robot challenges were tough and competitors had to have a shark in a tank delivered to one of two squares, animals had to be fed, food had to be retrieved, cow needed milking, a pig needed legs and much more.  There are so many choices for students to try that not all could be accomplished.  Most teams go for what actions will get them the most points.  They carefully plan their moves through much practice.  Judges can tell which teams have worked together and which teams met only a few times before stepping on the mat.

The Teams: Team A (names of teams will not be shared in this article) had a member that programmed the robot and made all the decisions.  The other two members stood and watched with no input.  Surprised I was not when the obvious leader called their coach “Mom”.   In translation, this means that the son wanted to do the robotics and found two friends that would go along for the ride.

Why?  I will not participate as a volunteer again due to the coaches and parents.  Kids throwing fits, yelling at team members and crying was not a problem.  They are kids and have to work through these issues.  It was the enabling of the parents and coaches that really hammered the nail in my coffin…

Parents were yelling at their kids from the sideline and not in encouraging ways.  Coaches and parents were trying to tell kids what to do with their robots and how to program them.  This is a program that is supposed to be for kids.  Stress is heavy in the air as these kids try to please everyone.  One such stressed out boy yelled back at his coach when they tried to make the team continue with a turn on the mat.  I gave kudos to the kid for standing up like that.  Parents and coaches fail to remember that it is a competition for kids and not them.

I Never Fail!  A few teams had members that are used to never failing and many did not handle receiving a penalty very well.  A member of Team B convinced their entire team that they had all been cheated.  Students cried to their coach who then complained to the head of the competition.  The coach did not set a good example for the team.  Kids learn by watching us.  Team B received 10 points from complaining.  They still came in last so one has to wonder, was it really worth the dramatics?

Did I say this?  I will not participate as a volunteer again due to the coaches and parents.  Actions from the parents and coaches supporting such ill behavior from the kids was sad.  Upset parents were yelling and crying at the coaches!  Why all this emotional upset?  Simple, because their teams did not get in the top 10.  Oh, did I mention that this was an elementary school completion where the highest grade team was in 6th grade?  We live in a sad world these days…